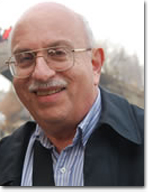 My time spent working on the University Senate, and particularly as part of the Senate Executive Committee (SEC) and as Senate chair, was work I value greatly. Needless to say, I valued the opportunity to learn an immense amount about our university, how it works, and about the people who provide leadership to campus. But, perhaps what was best was getting to know a large number of other faculty, staff, and students, all of whom are seeking to ensure that we have an outstanding system of shared governance at UMD, and that the University Senate has a strong and valued voice in shaping campus policy, and the future of the University. And an added benefit is that some of the people I worked with have become close personal friends.

One of the traditions of the Senate is that the chair, past chair, and incoming chair work closely together both informally and formally on a variety of projects. This ensures that the knowledge and expertise developed by one chair is passed down to succeeding chairs and keeps the "learning curve" less steep. Indeed, one of the little things that I started was that these three people, and the Executive Secretary, would have lunch together once a month. This informal gathering turned out to be of considerable importance since many upcoming issues could be explored and general plans made that would move forward the business of the Senate more effectively. The chairs also then had an opportunity to benefit from the one person who provides real Senate continuity, the Executive Secretary.

During my term as Senate chair, a number of major issues arose. Most importantly, the Senate very carefully considered a revised APT document and, after much useful deliberation, passed a policy that has proven to be effective and useful. During that debate, one issue that arose for long-term consideration (especially in the SEC) was expectations for mentoring of junior faculty. The issues that arose included not only the level of detail for mentoring that should be included in the APT document itself, but also issues related to how we mentor junior faculty as a campus and in individual units. This discussion resulted in the recommendation to the Provost to set up a joint Senate-Provost Senate and Provost to examine faculty mentoring, and I had the opportunity to co-chair this task force, along with my colleague and friend Ellin Scholnik. I mention this since mentoring on mentoring has become an important, and very enjoyable, part of my post-Senate "career," and without my Senate experience I would probably not have moved in this new direction.

As I look back on my years working with the Senate, I think that the most exciting thing I've seen is an evolution of the Senate, through the leadership provided by many faculty, staff, and student members. This evolution was to move the Senate to become a focal partner with the administration in virtually all campus policies and activities. While the Senate remains a very strong and vocal advocate for its constituents, and has a very strong say in the development (and initiation) of campus policies and procedures, the Senate is also viewed by campus leadership as a source of guidance and advice. It is my sense that this evolution has significantly benefited the Senate constituents and the campus community, and I tremendously value having seen this evolution, and having been able to play a small role in it.