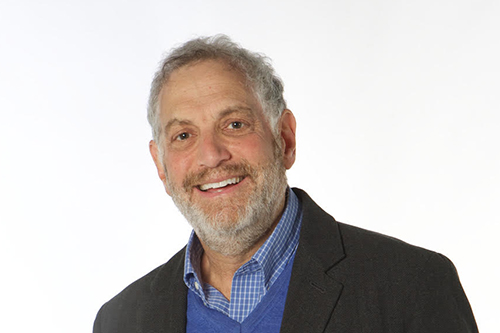 Jordan Goodman is a professor and the former Chair of the Department of Physics at the University of Maryland. His area of research, Particle Astrophysics, studies cosmic radiation to better understand the properties of elementary particles and the processes in space that produce these particles. This field blends elements of high energy physics and astrophysics. Dr. Goodman is one of the pioneers of the field of Experimental Particle Astrophysics and has published over 200 scientific papers and given numerous invited talks at national and international meetings.

As part of the Super-Kamiokande experiment in Japan, Dr. Goodman worked on the discovery in 1998 that the neutrino (a fundamental sub-atomic particle) has mass. This was considered one of the most important scientific discoveries of that decade and was the first sign of physics beyond the standard model. As originator, principal investigator, and scientific spokesperson for the Milagro Gamma Ray observatory in Los Alamos, Dr. Goodman helped develop the technique of using water-Cherenkov detectors to do wide-field gamma ray astronomy. He has also participated in the Maryland effort on the IceCube Neutrino Observatory, which is a cubic kilometer detector being built in the ice beneath the South Pole. IceCube's discovery of extraterrestrial PeV neutrinos was one of the major physics discoveries of 2013. Currently, Goodman is Spokesperson and Principal Investigator of The High Altitude Water Cherenkov (HAWC) Gamma-Ray Observatory, which has just been completed in the high mountains of Mexico. Dr. Goodman was elected a fellow of the American Physical Society in 1997 and American Association for the Advancement of Science in 2009.

Recognized as one of the top teachers in the Department of Physics, Dr. Goodman has had a major impact on the way physics is taught at the University. He has developed several new physics courses, both for physics majors and non-science majors at the University of Maryland. He also helped originate a new series of marquee courses for non-science majors aimed at showing how science attacks problems to which we do not know the answer. Dr. Goodman taught one of these courses called, "Physics for Decision Makers: The Global Energy Crisis".

Dr. Goodman has been the recipient of numerous awards throughout his career. Most notably, he was honored with the University of Maryland President's Medal (2009), the Kirwan Prize for Undergraduate Education (2004), the University System of Maryland Regents Award for Excellence in Teaching (2000), the American Physical Society top honor for Teaching (for the Richtmyer Lecture, 2001), the Physics Distinguished Alumni Award (2015), the CMNS Board of Visitors Creative Educator Award (2013), and as a Maryland Distinguished Scholar Teacher (1999-2000).