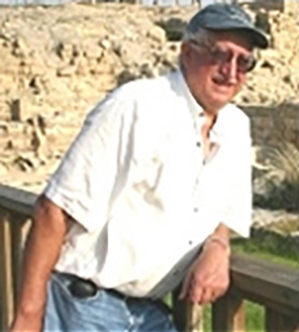 Senate Parliamentarian Dr. Kenneth Holum passed away on the morning of September 20, 2017. At the October 5, 2017, Senate meeting, the Senate voted to recognize Dr. Holum and record its appreciation for his enduring contributions to the University and to the Senate.

Professor Holum became a faculty member at the University in 1970 and was appointed as full Professor in 1997. Upon his retirement in 2014, he was awarded the title of Professor Emeritus. His field was Ancient Mediterranean History, and he taught undergraduate and graduate courses in the Ancient Near East, Greece, and Rome. His research interests were the Mediterranean world in Late Antiquity (fourth - seventh centuries) and the history and archaeology of Greek and Roman cities.

Professor Holum served his profession as director of the Combined Caesarea Expeditions, a project that he organized in 1988 to excavate Caesarea Maritima, a Roman, Islamic, and Crusader city on the coast of Israel. Between 1998 and 2003, he led sixteen consecutive summer fieldwork seasons at the site, each engaging more than a hundred student excavators, many of them from the University of Maryland, and an international staff of professional archaeologists. In 2006, he received the P.E. MacAllister Field Archaeology Award of the American Schools of Oriental Research in recognition of outstanding career contributions to the discipline of ancient Near Eastern archaeology.

Professor Holum received a number of grants and awards, including a Lady Davis Visiting Professorship in Jerusalem, a fellowship at the Hebrew University of Jerusalem; a Senior Fellowship from the Albright Institute for Archaeological Research, Jerusalem; three fellowships from Harvard's Dumbarton Oaks Center for Byzantine Studies; and a large research award from the Joseph and Mary Keller Foundation.

During his distinguished career at the University of Maryland, Professor Holum actively contributed to the University community as a dedicated teacher and mentor, and held numerous leadership roles in the History department. He also made great contributions to the University Senate; he served as University Senate Chair in 2008-2009, and was appointed as Senate Parliamentarian in 2013. During his tenure as Parliamentarian, Dr. Holum served as a valued advisor to the Senate leadership, to Senators, and to all Senate committees.

Professor Holum leaves behind a legacy as a brilliant scholar, dedicated teacher and mentor, and strong advocate for shared governance who exemplified this University’s mission to provide excellence in teaching, research, and service.