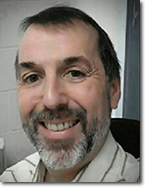 When I came to the University of Maryland as a postdoc in 1997, campus governance was the furthest thing from my mind. I was more concerned with attacking my research problems and, perhaps like many young scientists, had a distaste for politics of any kind. My department was good to me, I was happy to be working that was enough.

As I matured professionally and began to be promoted through the Research Scientist ranks, my gaze began to turn outward. I became interested in community service, something my father had exemplified all through my youth. Viewing this campus as my community, I began serving on departmental committees, paying closer attention to college and university affairs and talking with my colleagues about them. At this time, there was still no seat in the University Senate for Research Faculty, although that would be rectified soon.

As I served on more department committees, talked with colleagues in other departments and other universities, I began to see the mental and political lines drawn between tenured and non-tenured faculty, some of which I felt should be erased. When the Research Faculty seat in the University Senate became open and the call went out for candidates, I threw my hat in the ring and was elected.

I was fortunate enough to represent the Research Faculty in the Senate for two years (2009-2011). As a senator, I got to interact with and learn from students, staff, faculty, and administrators from all across campus, and see up close how important shared governance is to individuals and to the University as a whole. This is an experience one simply cannot get sitting in one's office all day. During this time, I also served on the Elections, Representation, and Governance Committee (ERG), first as a regular member then as Chair. The time I spent in the Senate, and in particular the year as ERG Chair, was without question the most rewarding experience I have had since joining this campus. It was hard work, but I thoroughly enjoyed it, and learned that I am capable of more than I thought. I'm very proud of what the committee accomplished because of its dedicated members. Because of my experience with the Senate, the ERG, and the remarkable Senate staff, I look forward to serving on Senate committees in the future.

I tell this story because there may be a young faculty member, particularly one who, like me is not on the tenure track and for whom service is not a job requirement, who reads it and recognizes herself or himself. I have learned that only by advocating for change can change occur, only by standing up will one be counted, only by giving back does one receive. The system works, sometimes at a frustratingly slow pace, but that pace is essential to its design for it provides space for reflection and negotiation.